The Esherick-Ye Family Foundation was founded in 2016 by Joseph W. Esherick and his wife Ye Wa to support research on Chinese history and archaeology, fields to which they have devoted a lifetime of scholarship.  The foundation offers small grants of up to $6000 to students and junior faculty for research and field work on China.  It especially wishes to support young scholars willing to devote the time and energy required for careful, empirical, archival research and field work on the social and material conditions of life in China’s past. 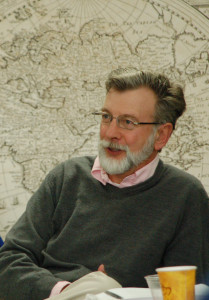 Joe Esherick grew up in the San Francisco Bay Area, received his B.A. from Harvard in 1964 and his PhD from Berkeley in 1971.  His scholarship has focused on the last years of the Qing dynasty and the social and political transformation of modern China.  His dissertation and first monograph, Reform and Revolution in China: the 1911 Revolution in Hunan and Hubei explored the social background of China’s republican revolution.  His book on The Origins of the Boxer Uprising won both the John K. Fairbank Prize of the American Historical Association and the Joseph R. Levenson Prize of the Association for Asian Studies.  His most recent monograph, Ancestral Leaves, explored the tumultuous history of nineteenth and twentieth-century China through the lives of successive generations of one family.  In edited volumes, Esherick has analyzed Chinese local elites, the transformation of Chinese cities, American policy toward China during World War II, the Cultural Revolution, the transition from empire to nation in comparative perspective, and the year 1943 in China. After forty years of teaching at the University of Oregon and the University of California at San Diego, Esherick retired in 2012 and now lives in Berkeley, California. 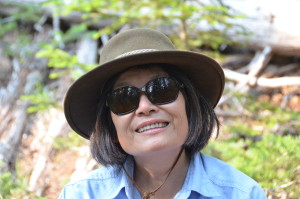 Ye Wa was born in Beijing, China. Her education was interrupted by the Cultural Revolution, during which she spent four years in the countryside in Northern Shaanxi and four years working in a factory.  When the university entrance examinations were restored, she tested into Northwestern University in Xi’an, where she received her B.A. degree in 1982.  She then earned an M.A. in Anthropology from the University of Oregon, where she met and married Esherick. She received her PhD in Archaeology from UCLA in 2005.  Her research has ranged from the Neolithic period to Tang dynasty mortuary practices. Since 2010 she has co-directed the International Field School of Archaeology at Yangguanzhai in Shaanxi, China.  Her current research focuses on ethno-archeological approaches, Neolithic settlement patterns, and the relationship of settlement patterns to specialized pottery production.

Theme by Anders Noren — Up ↑